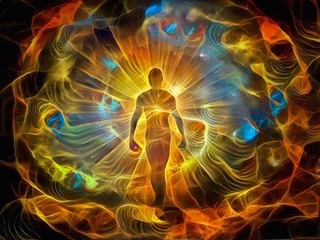 A few things I see as we head into the year 2016, I see collaborative efforts of many people groups for the good of mankind. These include but are not limited to different ethnic, national, political, business, social, economic, and religious groups. We are entering a season of freshness & doubles, a hard reset of the paradigms of many. Many beings will embrace these changes and many will reject them as well. This is the power and privilege of free-will.

Protagonists and antagonists will exist as long as human-nature in its current state envelopes the soul and spirit of mankind. The harmonics of the Earth are being realigned and redesigned via beings walking in LOVE & LIGHT; those who walk in hate & darkness will continue, but they cannot quench the LIGHT that is now working in the children of the Benevolent *CREATOR. Tragedy & Triumph will work together as two friends to make a double-sided coin identical across the realms known to man & creature alike.

The frequency of the *CREATOR is invading the planet in ways we’ve seldom seen… The children of *LIGHT have yearned for it / HIM… For a time a dark energy will intensify as well but will soon fade, for the *GLORY & Splendor of *LOVE HIMself will permeate all of Creation.

Promotion, Advancement, Redemption is here for many who have made mistakes… We all have at some point & may continue to occasionally. The key is to yield, to the *FATHER of LIGHTS; that HE may embrace & erase that which HE never intended from your DNA. Be *ONE with the *LIGHT & the LIGHT will be one with you…In that state of being “ALL things are Possible ! ”